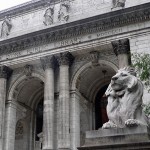 The Library Hotspot lending program was first piloted by New York Public Library (NYPL) over the spring 2014 using 100 Wi-Fi modems with unlimited 4G data plans provided through Mobile Beacon. The catalyst for the pilot began after a survey of patrons revealed that 55 percent of those utilizing free Internet and computers in NYPL’s branches did not have broadband access at home. When household income dropped below $25,000, that percentage increased to 65 percent.

While NYPL has provided a significant bridge to this digital divide through hosting 3.1 million computing sessions and providing patrons with access to 1,539 laptops, sessions are limited to 40 minutes and seating is limited. NYPL set out to demonstrate a new model of public service by “loaning out the Internet” via portable Wi-Fi modems to underserved patrons.

This pilot helped 100 patrons participating in one of NYPL’s Out of School Time (OST) programs to “borrow the Internet” for six months. Key findings from the initial pilot include:

The results from the 100 device pilot helped NYPL secure a grant from the Knight News Challenge, an initiative of the John S. and James L. Knight Foundation, Open Society Foundations, and Robin Hood Foundation, and an additional $1 million donation from Google.

This funding enabled NYPL to expand the pilot program to 10,000 mobile hotspots, making it the largest library Internet lending program of its kind. Mobile Beacon and Sprint teamed up to provide unlimited 4G Internet service on Sprint Spark, an enhanced LTE service that is built for data and designed to deliver peak wireless speeds of 50-60 Mbps. If patrons move out of a 4G coverage area, they will be able to fall back on Sprint’s 3G network, ensuring greater continuity of service throughout the City.

This expanded pilot begins in December 2014 and it will provide free at-home Internet access to patrons of NYPL, as well as Brooklyn Public Library and Queens Library. Each library is rolling out the service slightly differently:

On Page 2, order the number of 5G devices at 20% off, needed to replace your eligible 4G devices. You will need to purchase a service plan because 4G service is not transferable. Once your order is complete, Mobile Beacon will reimburse you for any unused months of your remaining 4G service.

On Page 2, order only the device(s) that are currently available for replacement.

We will reach out to you directly with a personalized offer for your devices. Stay tuned!! We are committed to providing you with the highest quality service to support your mission.